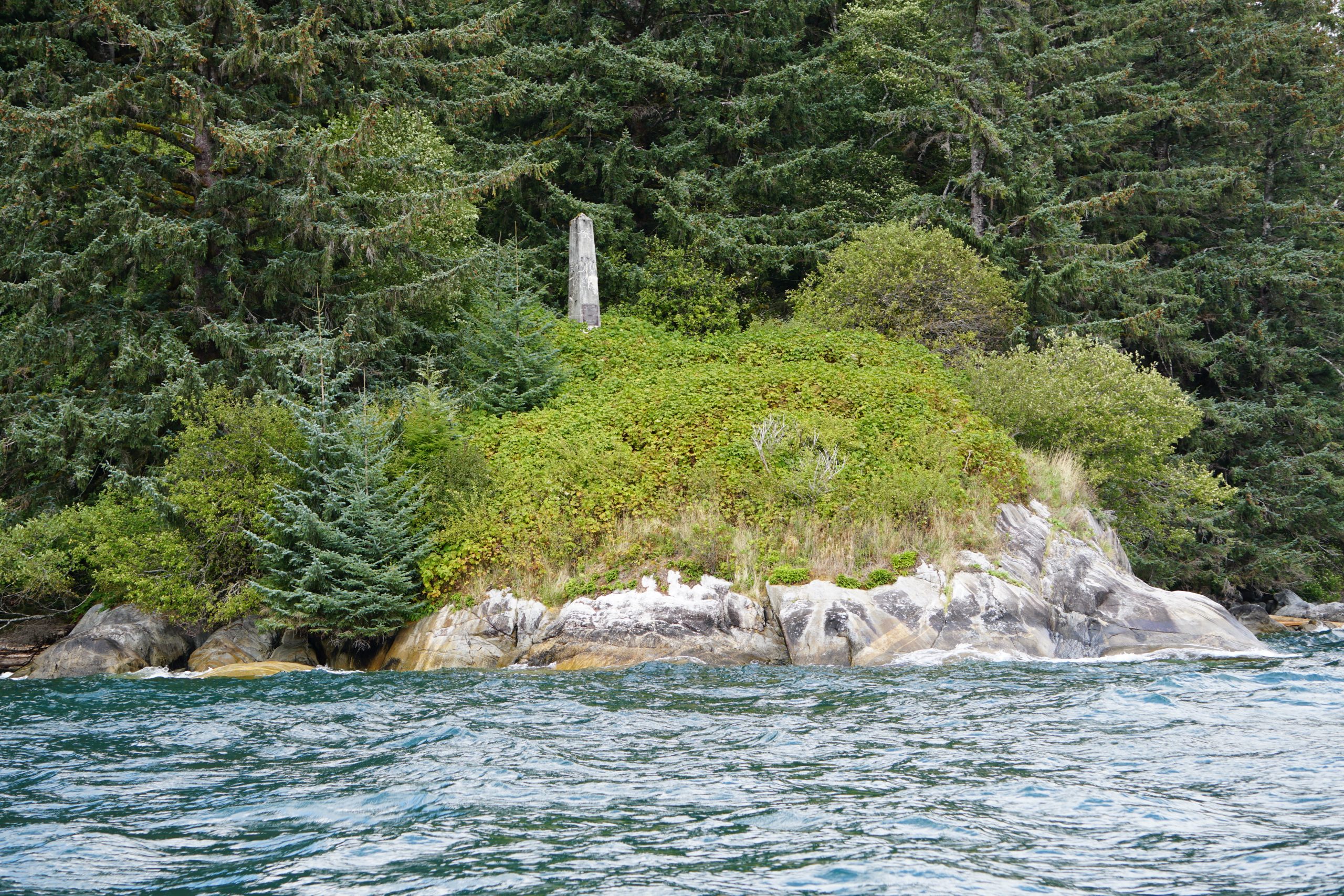 I’m a fan of history – many/most of the books I read and podcasts I listen to are non-fiction and often about history.

A number of the Canadian history books I’ve read have been about the fur trade and a few years ago I read Alexander Mackenzie’s book – the Journal of the Voyage to the Pacific. One of the fascinating things about Canada is how it was explored so much by the simple (and amazingly engineered) birch bark canoe. It’s possible to travel by canoe 8,000 km across the country; between Montreal and the Rocky Mountains, the longest portage is likely the Methye Portage, crossing from the Atlantic watershed into the Artic Watershed (19 km). Canada is a land of lakes and rivers.

Motivated by the potential for a trade route to the Pacific (like the many attempts to find the North West passage), Alexander Mackenzie and his colleagues were the first Europeans to make the journey north of Mexico. In an earlier attempt, Mackenzie had explored north, along the major river that now bears his name to the arctic ocean (called the “North Sea” at the time).

In the spring of 1792, 30 year old Alexander Mackenzie, working for the Northwest Company (Montreal-based rivals to the Hudson’s Bay Company), set out again from Montreal. He overwintered and left the Athabasca area in what is now Alberta with nine men and a dog and traveled up the Peace River as soon as the ice began to break up.

Side note: I use the term “explored” deliberately and not “discovered”. Mackenzie and other Europeans of the time relied heavily on indigenous guides, and followed many existing trade networks. The fur trade route west from Montreal used portages that had been in place a very, very long time… I’ve used some them in Ontario’s Quetico Provincial Park. These areas were new to Europeans, but not, of course, to the peoples who have been living here for millennia.

Though a best seller at the time it was published, the Journal isn’t exactly page turning reading, and there is a lot of “we stopped for the night and patched the canoe” as they slogged their way upriver and through the Rocky Mountains. But it is fascinating for the glimpse that it gives you into the country and peoples here before Europeans arrived, and the challenges of crossing through the wilderness at the time.

Following their indigenous guides, Alexander and his colleagues eventually found their way across the continental divide to the upper Fraser River by June, 1793. Running low on provisions, and advised by their guides that travel further down the river was treacherous (anyone who has see the Fraser River Canyon would probably agree), Alexander Mackenzie convinced his team to instead follow the guide’s advice and set out overland west across the Coast Mountains.

Stashing their canoe, they followed their guides along one of the “grease trails” long used by indigenous traders bringing fish oil from the coast to trade in the interior. Today, you can hike the Alexander Mackenzie Heritage Trail 420 km from Quesnel to Bella Coola. It’s a rugged ~3 week hike, including sections in Tweedsmuir Provincial Park. I haven’t done it, but imagine it must be a stunning trip.

Reaching the Bella Coola area, Alexander Mackenzie touched tidewater and the Pacific Ocean for the first time and began to travel with a guide out the Dean Channel – one of the long inlets/fjords that penetrate from the coastal archipelago into the interior. Partway along, their guide warned that the peoples ahead were hostile. In particular it seems likely that the earlier encounter with Captain Vancouver’s Expedition had not gone well. The guide because very agitated and with his team equally nervous, they paused long enough to measure the latitude. Then, having come all the way from Montreal and tasted salt water but never seeing the open ocean, they turned for home.

Before leaving, however, using fish grease and ochre, Mackenzie scrawled on an exposed rock on the side of the Dean Channel: “Alex Mackenzie from Canada by land 22nd July 1793″. When you look at the inscription, it is striking to think of “Canada” as someplace far away… at the time, of course, Canada was only a small portion of what is today Ontario and Quebec. It would be another twelve years before the Lewis and Clarke expedition reached the Oregon coast in the United States.

Some time later, the words were chiseled into the rock to make them permanent, and a cairn was erected with a plaque, though you would be forgiven today if you sailed by and didn’t notice the site. It’s a bit grown over with brush and there aren’t really any convenient places to anchor, but we were determined to go and see this unique site .

We left Ocean Falls early on August 21 and were sailing with a building breeze behind us up the Dean Channel all day. In fact, by the time we arrived at Alexander Mackenzie Rock, the 20 knots breeze up the channel made it tricky just to drift nearby, and we didn’t try to anchor or go ashore. It even took a couple of passes driving by before we saw the inscription.

We spent some time trying to imagine what it must have been like in 1793, trying to paddle into a similarly raucous sea. Already forty miles into their paddle from Bella Coola, the landscape must have seemed like a maze of inlets and mountains towering overhead, plunging straight down into the sea with few places to stop for shelter. It is 200 years later and the view today must still be similar to what it was then, but how the world has changed.

Where Are We Now?

Sailing towards the western tip of Manitoulin Isla

Something left us a present on our anchor chain. N

Who needs an alarm clock when there are sandhill c

The loon is calling and giving us our own personal

The wind is up and we are having a beautiful sail

The forecasted thunderstorms completely missed us,

There is a tiny swarm of mosquitoes trapped in the

Gah! Look at all those bugs! This is definitely on

We didn't leave the dock today - the wind-driven c

This is today's #galleywithaview as we fold the la

Tied up for the night along the wall in Little Cur

We took the kayaks out for a moose hunt yesterday,

The sky was on fire tonight from a thunderstorm th

While at anchor this evening, a thunderstorm passe

Evening view in the Bustard Islands. The turbines